I just wrapped “Mango’s with nostalgic flavor” written and directed by Asma Bseiso. Asma was selected to be part of this amazing project that Film Independent created and partnered with the U.S. Department of State to Launch Global Media Makers. Here is a little about how the project came to be,

“Having long recognized the importance of fostering a cross-cultural dialogue rooted in filmmaking, Film Independent is thrilled to announce the launch of Global Media Makers—an innovative new international film exchange program presented in partnership with the U.S. Department of State.

We were able to work with Asma who came over from Jordan for the project and her mentor Jeremy Podeswa (director of Game of Thrones, The Newsroom, Boardwalk Empire) to create a powerful short film ”Mango’s with nostalgic flavor”

We're not around right now. But you can send us an email and we'll get back to you, asap. 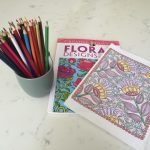 Coloring is not just for kidsUpdates